Hentley Farm, a single estate boutique winery set amongst the rolling hills in the west of Barossa, has taken out Australia’s most prestigious wine award at the Melbourne Royal Wine Show, winning the Jimmy Watson Memorial Trophy for the 2021 Old Legend Grenache.

Hentley Farm is recognised as one of the most successful wineries, and a recipient of numerous medals, trophies and accolades. Their success continued into 2022 with incredibly strong results at all capital city wine shows. But there is one award, the pinnacle in the wine industry and embodiment of excellence that every winery dreams of winning; The Jimmy Watson Memorial Trophy. It’s with great excitement, and on Hentley Farm’s 25th Anniversary, Hentley Farm finished the wine show circuit strong by winning this coveted trophy for the 2021 Old Legend Grenache.

Established in 1962, The Jimmy Watson Memorial Trophy is presented in recognition of services rendered to the advancement of the Australian wine industry by the late Jimmy Watson. The trophy is awarded to the best one or two year old red wine.

The Melbourne Royal Wine Show is recognised as one of the world’s most prestigious and influential wine shows boasting some of the most highly qualified and knowledgeable judges. Judges sampled more than 2395 wines from 411 exhibitors, and awarded 151 Gold, 254 Silver and 638 Bronze Medals – a true reflection of the quality of Australian wines. But it was the 2021 Old Legend Grenache they found to be the top drop.

In addition to winning the Jimmy Watson Trophy, the 2021 Old Legend Grenache also won the Best Grenache of Show, now a third time winner of this trophy, having won at two other capital city wine shows; Brisbane and Sydney.

“We are very proud with the continued recognition we have received at the largest and most respected wine shows in the country for 2021 Old Legend Grenache. But to take home the Jimmy Watson Memorial Trophy, is the epitome of success.”
“It’s the trophy every winery in Australia hopes to win. Knowing we won Best Grenache of Show at Brisbane, Sydney and then crowned again in Melbourne, we knew we were in for a fighting chance.”
“We couldn’t be prouder of 2021 Old Legend Grenache. Now a total of 9 trophies in 3 years for this wine. It brings me great excitement to share this remarkable win with our Hentley Farm team, the Barossa community and our members.”

In 2017, Andrew Quin won the highly acclaimed Barons of Barossa Winemaker of the Year cementing himself as one of the best and most consistent talents in the country.

“We have long seen ourselves as leading producers of Grenache and thrilled the 2021 Old Legend Grenache was the recipient of the Jimmy Watson Memorial Trophy.”
“There is a long history of Grenache in our Seppeltsfield area and our single estate terroir is ideally suited to producing exceptional red wine including Grenache.”
“We set ourselves a target to be the best red wine producer in Australia. This trophy is recognition of the dedication and hard work Andrew, Siobhan our winemaking and viticultural teams put into making exceptional quality wines.”

This win demonstrates the growing popularity of Grenache as a single varietal, showing time and time again it is a force to be reckoned with. Grenache has won the Jimmy Watson only twice in its history, the first awarded in 2017 to fellow Barossa winery Turkey Flat, for the 2016 Turkey Flat Grenache.

It’s another victory for Hentley Farm and Barossa Grenache lovers. 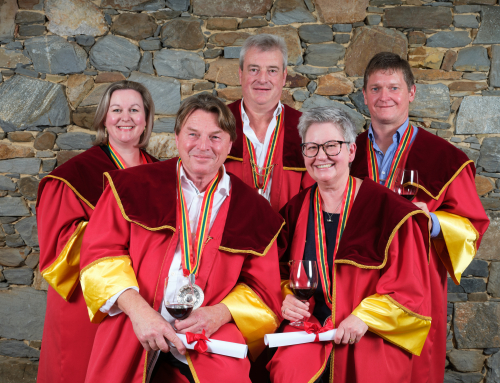 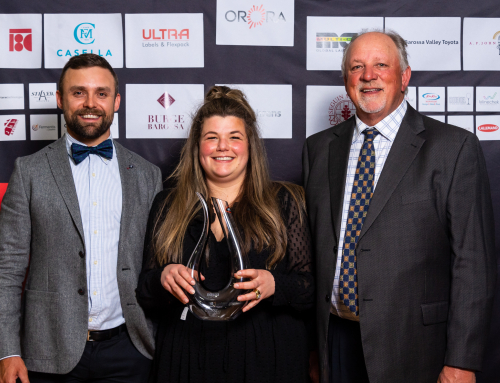 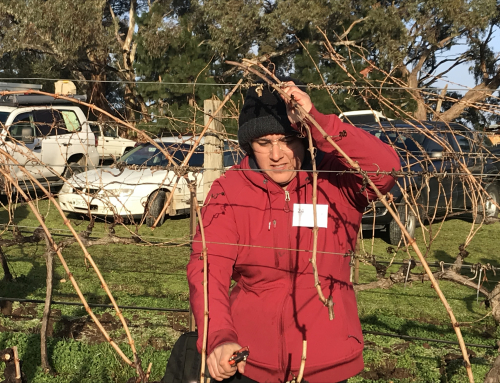 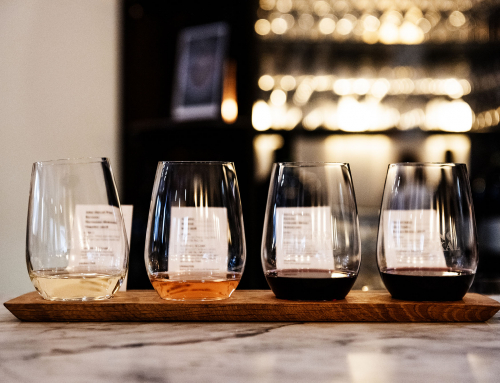