The 2014 Barossa vintage will go down as a testament to the ability of both grapes and people to thrive under challenge.

Really good winter and early spring rains filled the soils and set the vines up well for the season. July-Sept rainfall was 20% (36% EV) above average. A windy spring meant that some varieties set unevenly with potentially poor yields, and then in November with vines full-growth and with flowering underway, parts of the Barossa and Eden Valleys experienced unseasonal frost events resulting in almost complete loss of fruit for some vineyards.

Late spring and summer were dry and warm at least during the days, with significant heat records being set. September was over 2°C above both average minimum and maximum temperature and January’s maximum temperature was 2° warmer than average. After an average September rainfall, October had only 56% (EV 85%) and November 11% (EV 24%) of average rainfall. Along with the dry, November had particularly cold nights (2°C lower than average) leading to the multiple frost events mentioned above.

By the last week of January harvest on the Barossa Valley floor had started with white varieties, and the first week of February saw picking of the first reds, but on Valentine’s Day the season changed and between 100 and 150 mm of rain fell in just over 24 hours. This and the following cool weather caused the rush of the early vintage to slow down and the rest of vintage progressed at an almost leisurely pace. No subsequent rain meant that disease pressure was minimal.

Eden Valley whites, which mostly veraised after the heat, have retained fine flavours and great natural acidity. Reds are rich and varietal, with dense colours, and a line that suggests they will be very age worthy. 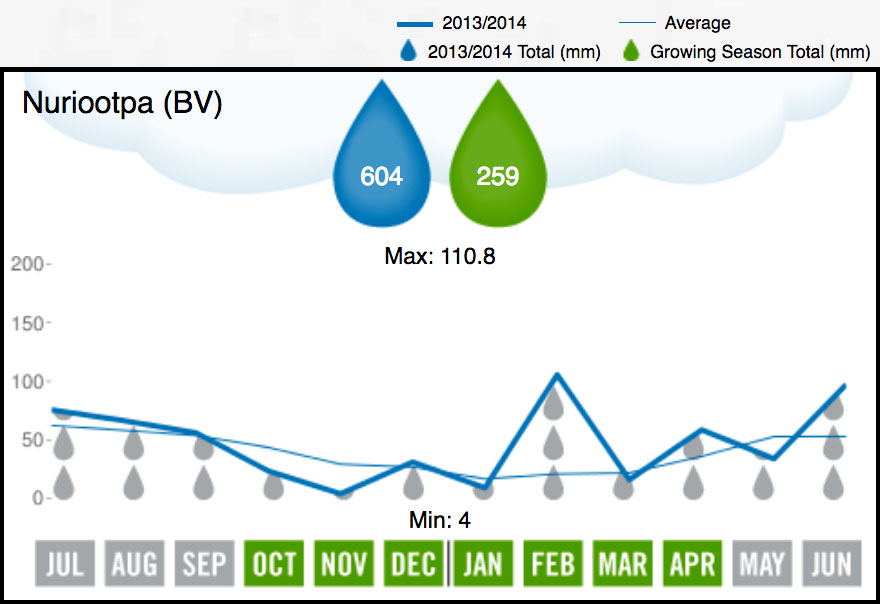 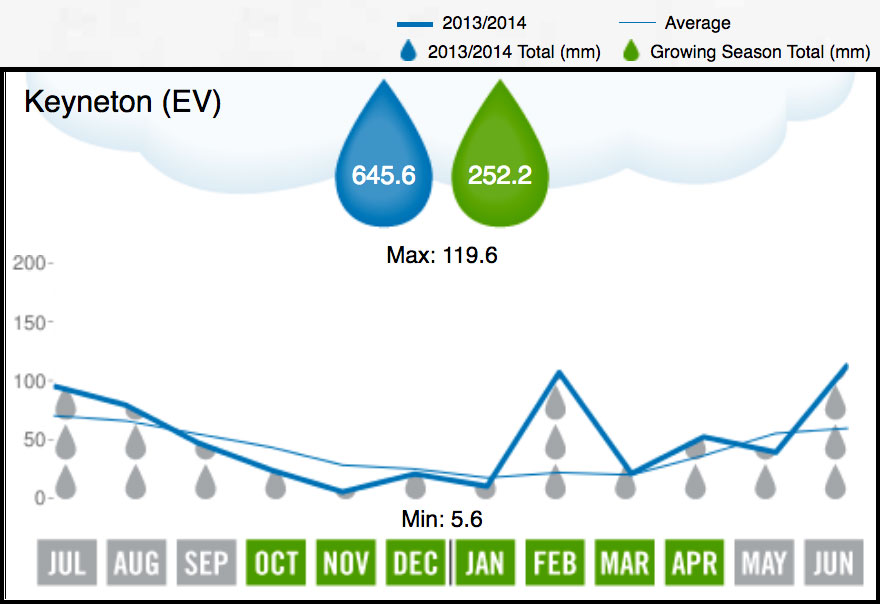 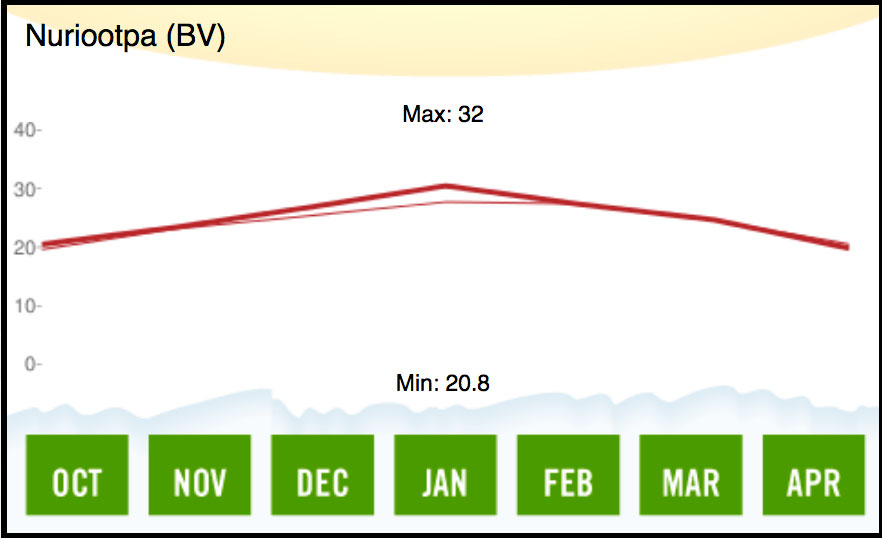