Riesling, Shiraz and Cabernet Sauvignon were outstanding in 2012, with flavour development and acids progressing smoothly due to the cool, overcast conditions in spring and early summer. These cool conditions helped along by low crops, led to great varietal expression in whites and reds – with reds exuding brilliant colour.

Overall, there was a cool start to the season, followed by a cool January.  The exception was a burst of warm weather around New Year which coincided with the start of veraison.

Warmer weather followed late January which, whilst ripening the fruit beautifully, also led to much weight loss and therefore contributed to the already lower yields in most varieties.  Bunches were very small and there were fewer berries per bunch due to the cool overcast conditions during fruit initiation, particularly in Cabernet Sauvignon.

A rain event at the end of January freshened up the canopy, and there was evidence of minor splitting, however this healed up quickly with the warmer weather.

Overall, the quality of reds was exceptional.  Shiraz yields were lower than average by around 25%, with Grenache yields down around 10%.  Cabernet Sauvignon yields were well below average (down 20-40%).

Following the rain in late February, later varieties such as Shiraz ripened in drier, cooler conditions through March to early April, providing some excellent flavours and tannin maturity. 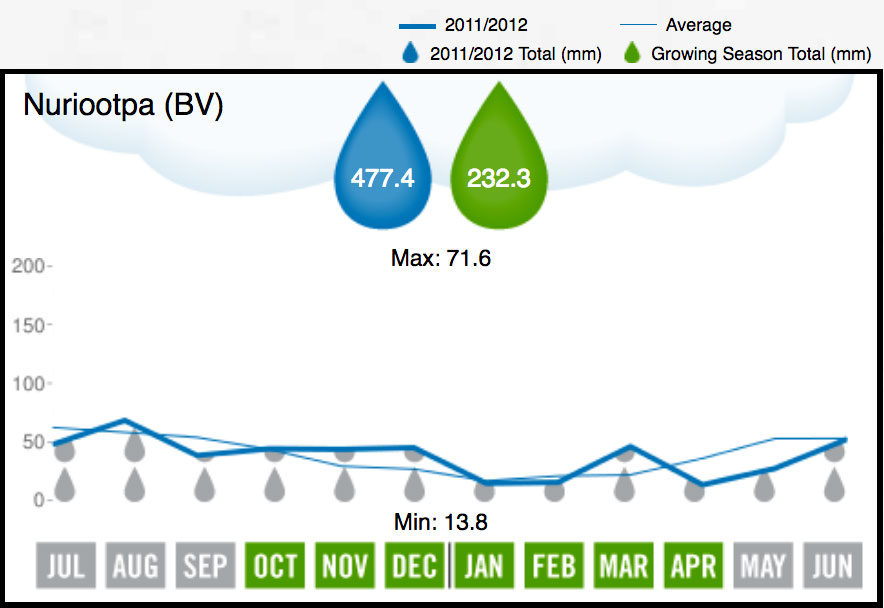 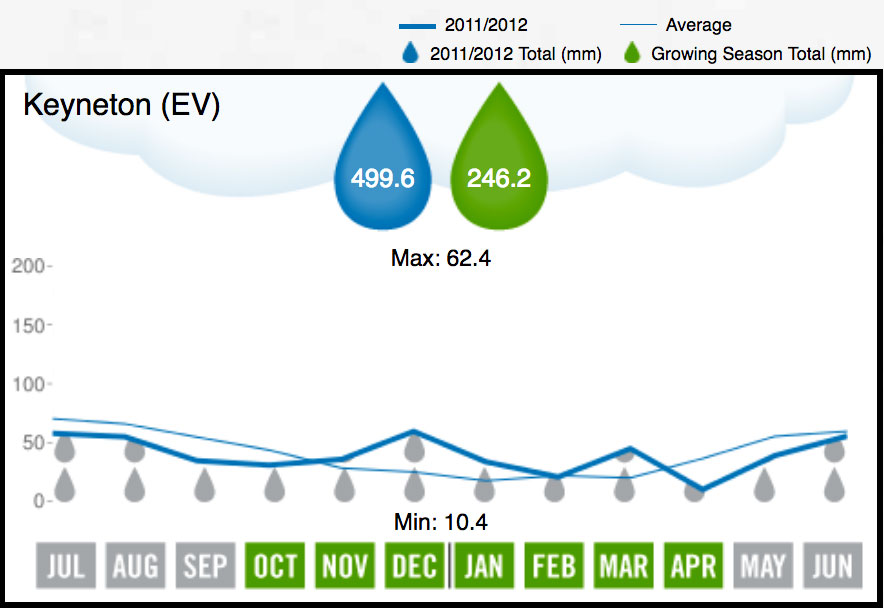 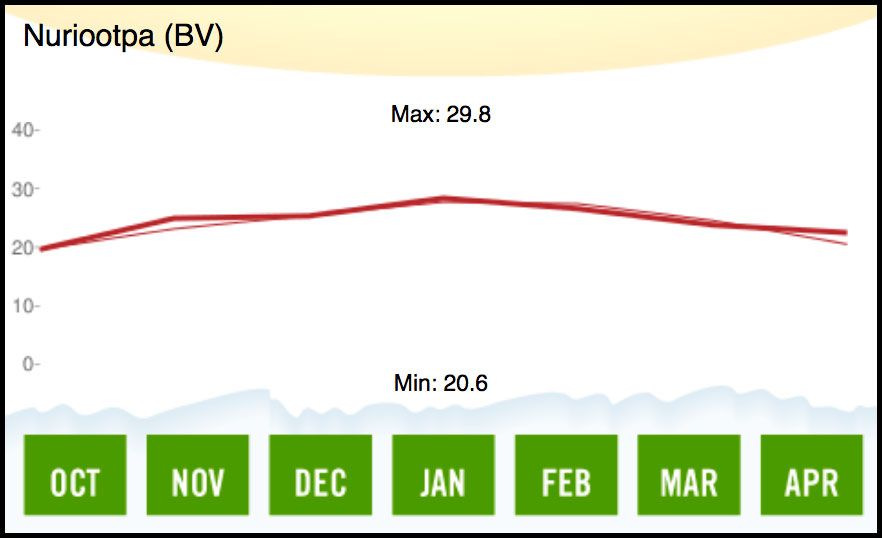