This was an all time record production year for SA with 2.75 million gallons produced, which surpassed the previous record in 1946 and followed the drought year of 1945 – the lightest vintage since 1923.

The first Barossa Valley Vintage Festival was held to mark the end of vintage – and the end of World War II. Bill Seppelt, who had witnessed similar thanksgiving celebrations in Europe, initiated the idea.

Fortified wines – ports, sherries and brandies – were the main wine style produced in the Barossa. However, Colin Gramp broke with tradition on his return from World War II and produced a Barossa Cabernet-Shiraz table wine.

War restrictions on imported wines were gradually being lifted but import licences on equipment and machinery were still difficult to obtain, slowing the wine industry’s development.

Post-war wine exports to the UK were down. 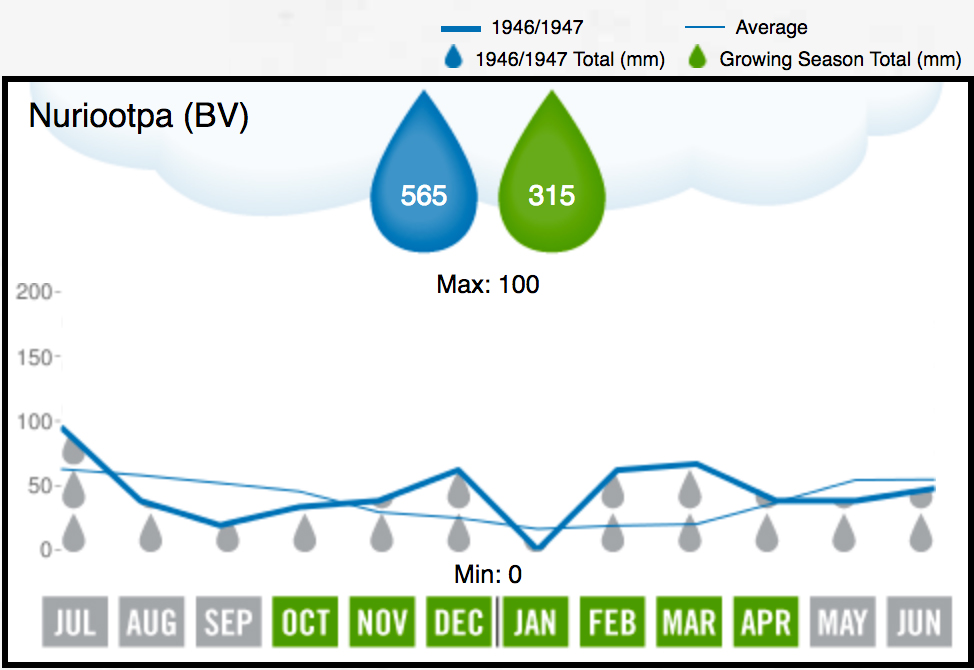